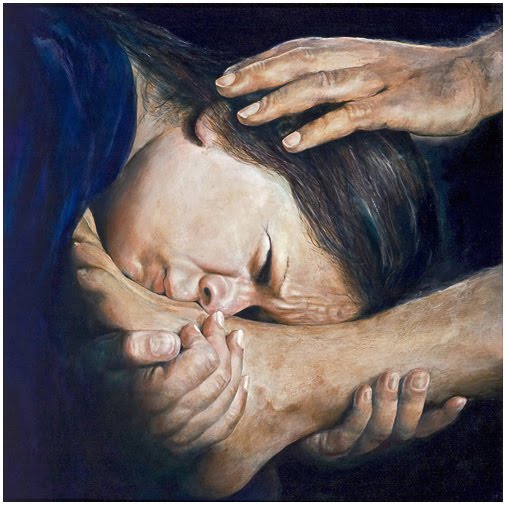 Jesus was invited to dinner at the house of Simon.  While there Jesus sees an opportunity to shed light on the fact that all of us have sinned and have fallen short.  We have here a t a  woman, who’s name we don’t know, and a man named Simon who was the host of this dinner.  Both were guilty of sin, but their sins were different.  The woman was guilty of sins of commission. Simon was guilty of sins of omission.

Simon was guilty of being an ungracious host to the Lord, everything he neglected to do, the woman did, and she did it better!

A sin of commission is when one  knows something is wrong,,,,, and does it anyway.  The woman knew she was guilty of her sins, and chose to come to Jesus, even though in other people’s eyes she was looked upon as disruptive. After all couldn’t she just leave this religious thing  for the right day, perhaps going to the temple and doing her confession there?   But, this woman couldn’t wait any longer, She believed with all her heart that Jesus was God, and if she just came to Him by faith that she would be forgiven and bring peace back to her sorrowful heart.  It’s important to know that it wasn’t her act of washing Jesus’ feet that brought her forgiveness. It was simply the word of Jesus. Nothing she did for Jesus outwardly could ever wipe away her sins. She came to Jesus knowing she was a sinner who needed forgiveness, that He would repair the damage in her heart.

On the other hand we have Simon, the ungracious host of this dinner party. He would be found by Jesus to be guilty of a sin omission.  A failure to do what he could have and should have done, welcome this woman as a guest and by the willingness of Jesus to allow her to wash His feet, see it as an acceptable act of worship unto Him.

“Therefore I say to you, Her sins, which are many, are forgiven, for she loved much. But to whom little is forgiven, he loves little.”

Jesus did not reject either the woman’s tears or her gift of ointment, because her works were the evidence of her faith. “Faith without works is dead” James 2:14-26

How did the woman know she was forgiven?  Jesus told her,  How do we know our sins are forgiven?  God tells us in His Word.

How was this woman saved?  She repented of her sins and put her faith in Jesus Christ.

Simon was blind to the woman and blind to himself. Simon saw her past, but Jesus saw her future. The testimony of this woman in Luke’s Gospel was a great encouragement for me, to believe that Jesus can take any sinner and make him or her into a child of God.

The real cutting of my heart is, am I more like Simon, who was so caught up into making sure everything was just right for guest, Jesus; so into the perfection of the evening that he was blind to what significance was of the appearance of this woman, and blind to himself that what she did, was what he should have been doing.

We can do so many things for the Lord, and for the most part it looks, and sounds like just a great accomplishment, but we missed out on the need of the people we served.  This woman was a vessel of faith wrapped around a heart of love for the Lord, with an unquenchable fire that must be extinguished by the only one who was able, Jesus.

I was in a place yesterday called Labcore where they take blood for testing. In this case, I have to do this once a month.  I’m on what they call a ‘standing order’ which means that I come in regularly with an appointment. As I came in Saturday, the room was absolutely packed.  The receptionist was telling people there was going to be a two hour wait.  My heart was saddened, because there were people in this group from 20-80 years old, all waiting for their turn.

I began to see and was thankful that my eyes had not become blind to the needs of these people. I felt a great compassion come upon me, not to puff me up, but that I was able to see what God sees. These people needed to have their blood samples taken, but their was a greater need, they needed peace in their lives, in the midst of this turmoil. But what they really needed was Jesus.  I prayed silently in my heart as I stood in this packed out room. ‘Lord, come here, and touch their lives’.

I know that for some, I didn’t do enough; I should have pulled out my Bible and began to preach the Gospel.  And you know what, you may be right. But, for me, this was a wakeup call. ‘Marty, just know that even though you’re going through what appears to be turmoil in your life right now, I have given you and am developing eyes the urgency of a peoples in need of forgiveness of their sins, that the ‘scales of their eyes would be removed’ and that they would have peace in their lives, by seeing the real need in their lives, and that being, to reach out to the blind, and the lost.

Maybe today, you have been convicted by the Holy Spirit, where you may have walked into a room and neglected the presence of the Lord. Maybe you’re so locked into your job, and have become a ‘light switch’ for the Lord. You can turn it on when you need it, and put it on pause when you like.  This is blind thinking. 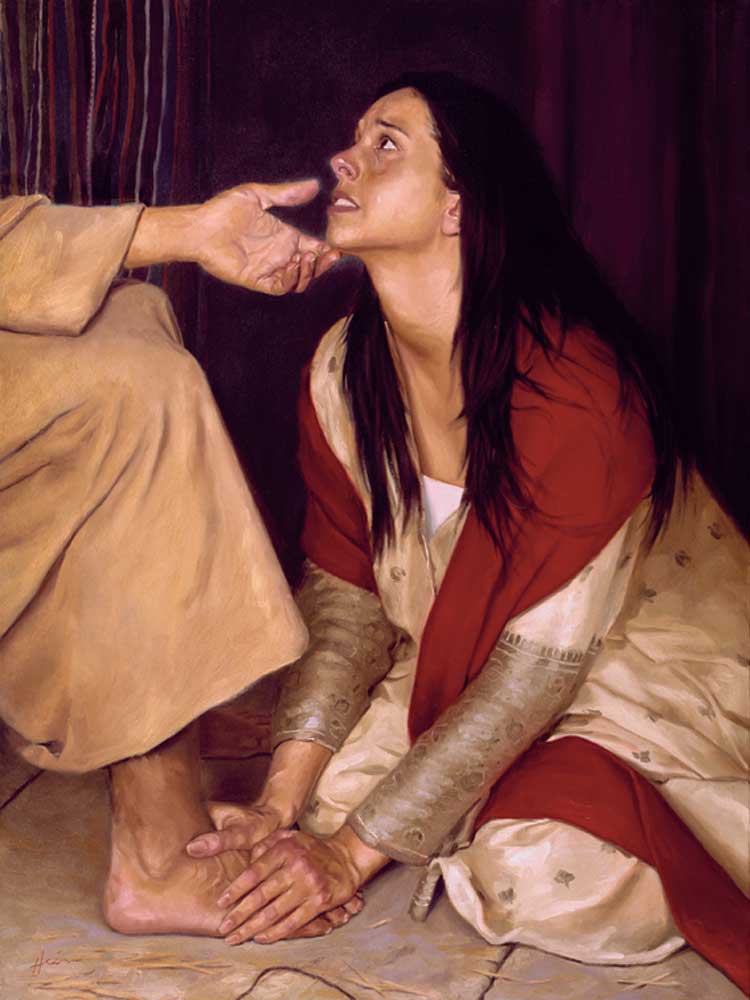 “Therefore I say to you, Her sins, which are many, are forgiven, for she loved much. But to whom little is forgiven, he loves little.”